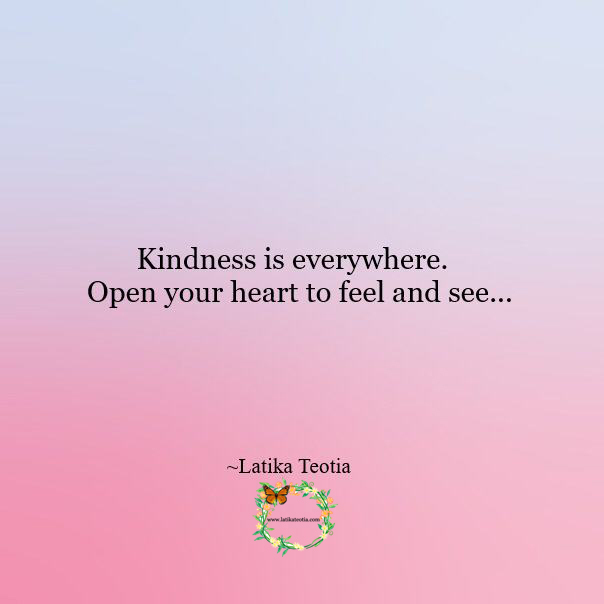 I am not in favour of suppressing freedom of expression or gagging the media but I’ve been increasingly feeling that we must play down a few things. More we talk of crimes, violence, unrest and so on the more the chances that these will increase.

Take a look around you, there is so much negativity being reported that one feels that only violence, crime, unrest and so on exist in this world and that there is no peace and tranquility. The mind works in such a way that people indulge in those things that are reported and so we see all around us that crimes have increased; rapes are increasing, shootouts are frequent, news of murders and killings occupy the front page and so on. So what’s the way out?

Well, for starters at least YOU can stop spreading news of crimes, violence and so on. Your focus should be on spreading the message of love, peace, harmony, honesty, unselfishness, charity and so on. It may be a small drop but at least it’ll be a beginning.~Latika Teotia 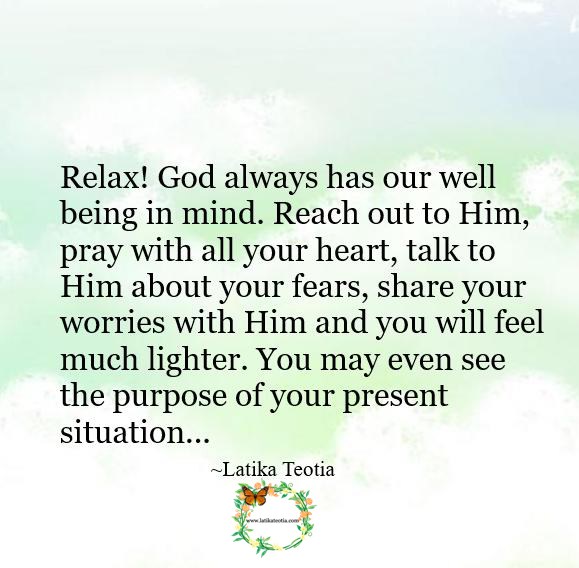 Do you feel that you are in a complicated situation today when nothing seems to be going right for you? Are you bewildered or baffled by what is happening around you? Relax! God always has our well being in mind. Reach out to Him, pray with all your heart, talk to Him about your fears, share your worries with Him and you will feel much lighter. You may even see the purpose of your present situation. A lady was having her breakfast, her 7 year old daughter, who was in a playful mood, accidentally dropped coffee on her. She yelled at her and had to go and change her clothes. When she came down, she found her child crying hysterically. It took a lot of time to pacify her and in the commotion the girl missed her school bus. She had to go and drop her to the school knowing full well that she was going to be late to office and would get hardly any time to prepare for an important presentation that she had to give later in the day. She cursed her fate, looked up to Heaven and muttered, “O God why me? Why did this happen on such an important day?” After dropping her daughter at her school she found that her office block, which was in a high rise building, had caught fire. The fire which had started two floors below had quickly spread to the rest of the floors and her colleagues were trapped in the building. Had she reached in time she too would have been one of them. Delay in reaching office had, in fact, saved her!

So, look for God’s message in everything and have patience as well as faith ~Latika Teotia