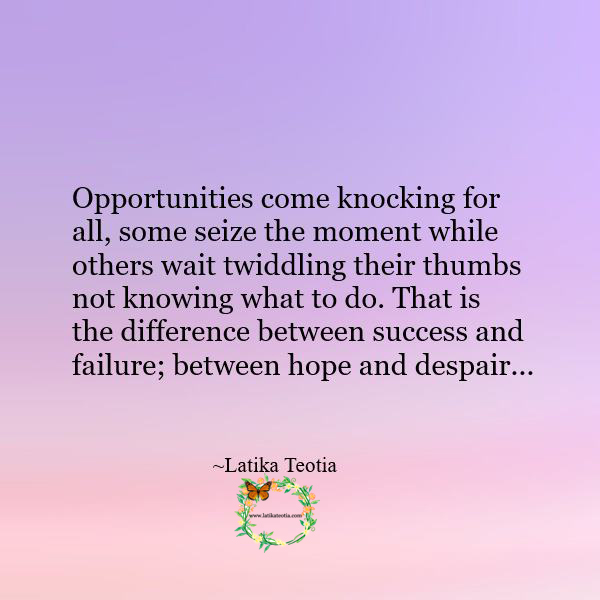 If you wait for circumstances to become better you may have to wait for a very long time. Catch the bull of opportunity by the horns and make the most of it. Don’t just be an onlooker or a passive person, be a doer. Opportunities come knocking for all, some seize the moment while others wait twiddling their thumbs not knowing what to do. That is the difference between success and failure; between hope and despair. Those that fail are the ones who procrastinate and the successful ones have been quick on taking decisions and actions. Be a doer not a bystander or an onlooker. Act, don’t procrastinate. ~Latika Teotia 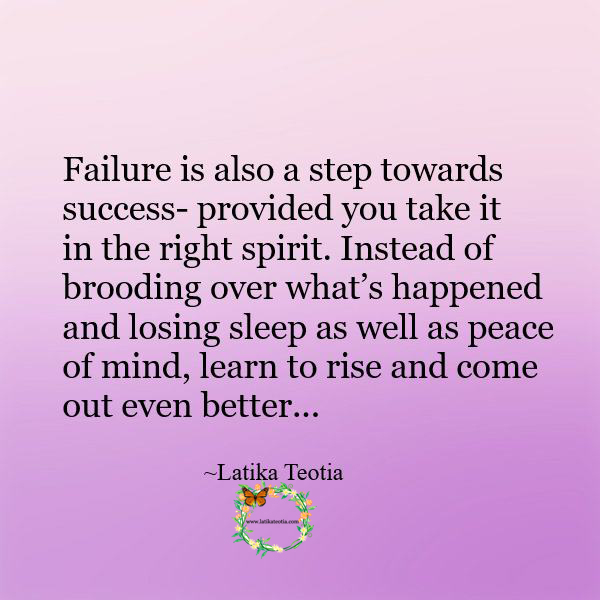 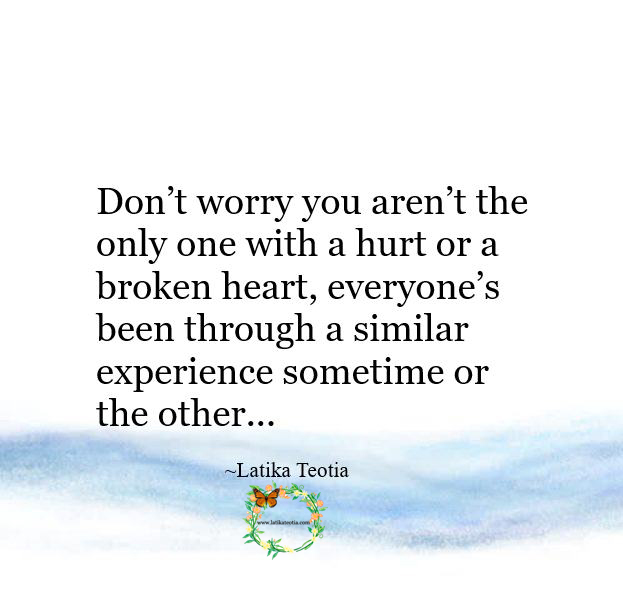 You are who you are because of your experience. Every little thing that happens to you, whether success, failure, good or bad is a stepping stone in making you who you ultimately become. Therefore, accept each experience as it is. While success will teach you the value of hard work, failure will give you invaluable insights into where you went wrong. The people you meet too affect your life. If someone gives you love, repay them in whatever way you can; hold such people close to your heart and don’t let go of them. Such people teach you the value of love and also guide you to open out and love others. On the other hand if someone hurts you or breaks your very heart, humiliates you or makes you feel small, forgive them and move on. Such people have just taught you an invaluable lesson too. Use that experience and walk with your eyes open so that you don’t commit the same mistake twice/ again. Don’t worry you aren’t the only one with a hurt or a broken heart, everyone’s been through a similar experience sometime or the other. ~Latika Teotia 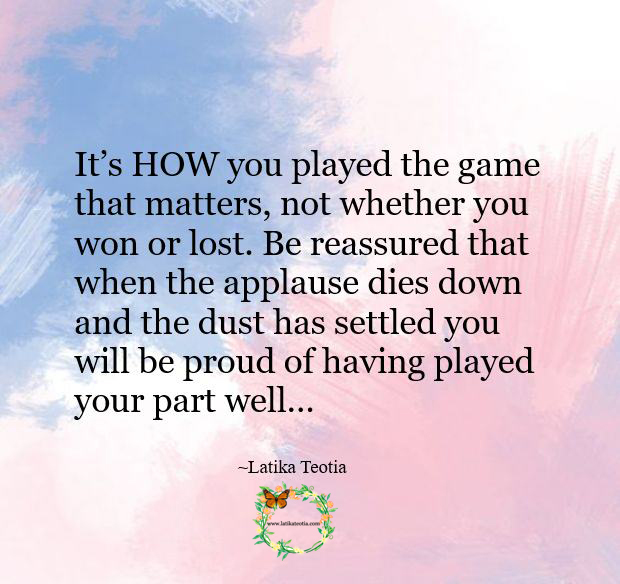 It’s HOW you played the game that matters, not whether you won or lost. Be reassured that when the applause dies down and the dust has settled you will be proud of having played your part well. ~Latika Teotia 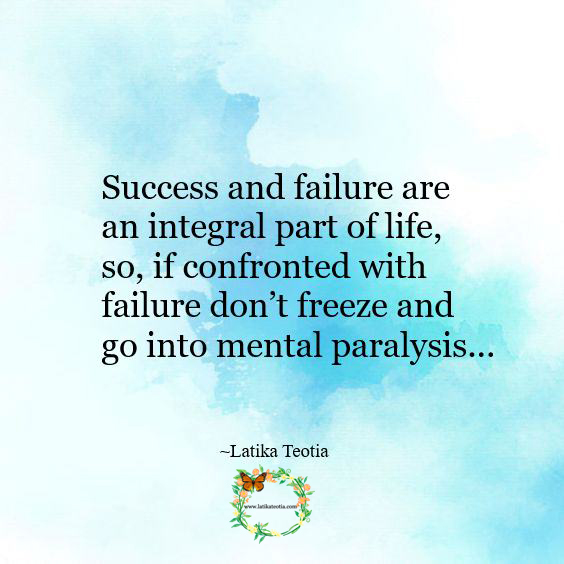 Life doesn’t come to a standstill just because YOU have failed. Success and failure are an integral part of life, so, if confronted with failure don’t freeze and go into mental paralysis. Get up and get going- that’s the right way, the way forward. ~Latika Teotia